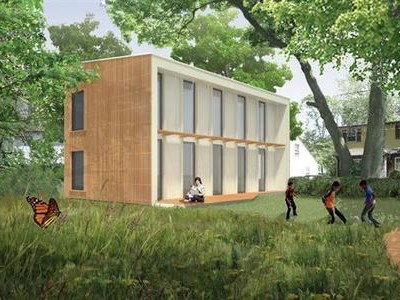 Remember when we were going to save the suburbs? In 2008, Ellen Dunham-Jones, AIA, and June Williamson released Retrofitting Suburbia, a handbook for turning sprawl into walkable, sustainable, more urban places. The book got national media attention, Dunham-Jones gave a TED talk, and for a while, dead malls were the topic du jour.

Then the recession came, putting the brakes on many suburban redevelopment plans and shifting the attention of designers and policymakers elsewhere. We started to see the effects of climate change, such as powerful, more frequent storms, and grew concerned about resilience and adaptation, not just prevention. Meanwhile, Generation Y’s preference for city living intensified, and among designers, conversation shifted to designing for health and social impact, with a renewed interest in serving inner-city communities and the developing world.

The elephant in the room: In the United States, most of our aggregate metropolitan area is auto-dependent suburban sprawl, and it’s not going away. Meanwhile, countries such as China and India are starting to replicate our bad land-use decisions. If anything, the need to retrofit suburbia is more urgent now than it was five years ago, when it seemed more buzz-worthy.