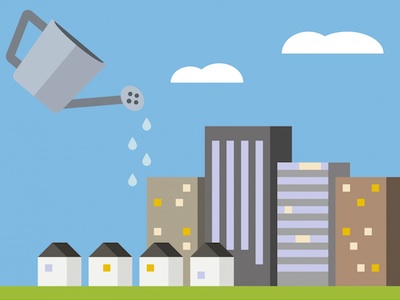 Far From Dead, the North American Suburb Is Growing Up

A Forefront story sponsored by the Lincoln Institute of Land Policy

Dead malls. Zombie subdivisions. Metastasizing sprawl. Not a horror movie, but the suburbs circa 2014, or at least the media version of them. We’ve all seen the “suburban wasteland” photos from the Great Recession, the parched streets out West, foreclosure signs swinging in their yards. We’ve read about The End of the Suburbs. No wonder the young and the affluent have flocked back to cities: Suburbia’s demise seems imminent, and assured.

Except that it’s not. More than half of Americans live in suburbs, and about 75 percent of postwar construction has happened in the suburbs. That is a lot of people, and a lot of built environment, for urbanists to just wish away.