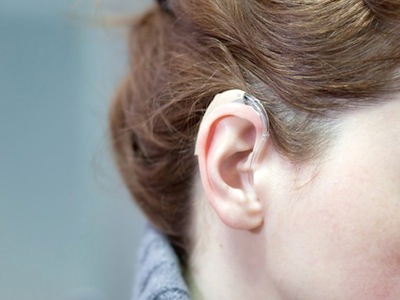 Hearing Loss in the City

What It’s Like to Be Hearing Impaired* in a Big, Dense City

An artist tackles the challenges of navigating dense urban areas with hearing loss.

The multimedia artist Trish Adams began losing her hearing in her mid-twenties. She now wears high-end hearing aids in both ears and continues to communicate through speech. But living in a big city—in her case, Melbourne, Australia—can still be frustrating.

After moving to Melbourne, Adams started noticing how intrusive various urban sounds could be: traffic roaring, car horns honking, music blasting, jackhammers drilling. Cities also give rise to chance social interactions, a large part of their appeal, but a source of stress for those with hearing loss.

To help others understand how she experiences her city, Adams created the exhibit Disconnections. Working with a psychologist who specializes in sensory processing and with the Creative interventions, Art and Rehabilitative Technology (CiART) lab at the Royal Melbourne Institute of Technology (RMIT), she made two video works, which debuted at the University of Melbourne in April.

*Since this story was published, some people who are Deaf and hard of hearing have told me they take issue with the term “hearing impaired.” My apologies if I caused inadvertent offense.