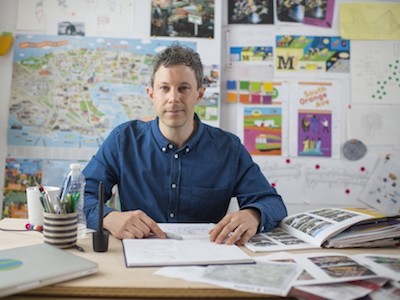 Designing for a Better Democracy

The urban designer and planner Damon Rich has an old-school cell phone—a deliberate defense against being constantly bombarded by emails. When he got a call from an unfamiliar out-of-town number a couple of weeks ago, he didn’t answer it at first.

“I picked it up maybe after the third call,” he remembers. “Who picks up random calls from Chicago? I’m trying to make out what they’re saying. Your mind is kind of spinning. You’re thinking it’s a credit card offer.”

It wasn’t: The callers were from the MacArthur Foundation, and they were telling 42-year-old Rich that he was a newly minted MacArthur Fellow.

“Probably up until that point, it really feels like the highest chance is that this is some kind of weird mistake or joke,” Rich says. “Once you realize these people seem to know more [about you] than what you would get from a Google search, you begin to be worried this might be something legit.”