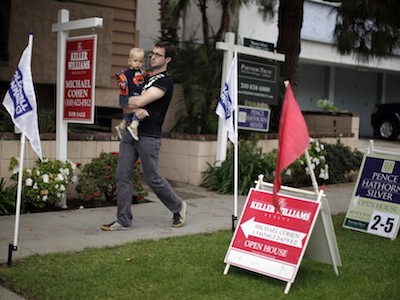 Millennials Are More Likely to Buy Their First Homes in Cities

New research finds that Millennials are 21 percent more likely to buy their first homes near city centers than Generation X.

If there’s a single question that has gnawed at urban economists and planners over the past few years, it’s this: Will Millennials’ well-known love of cities fade once they have kids and need space for double strollers and play kitchens, or is it a more lasting shift in how Americans will decide where to live? We’ve heard the argument that Millennials have “peaked” in cities and will eventually suburbanize from demographer Dowell Myers (cited by Conor Dougherty in the New York Times), and the counter-argument from City Observatory’s Joe Cortright and others. One researcher, Harvard’s Hyojung Lee, has tried to square the circle by arguing that Millennials are both urban and suburban.

Although it doesn’t put the debate to rest, a new paper shows that Millennials are at least continuing to tilt urban as they stop renting and become homeowners.

The paper, published in the Journal of Planning Education and Research, looks at whether Millennial first-time homebuyers (defined as those born between 1980 and 2000) are more likely to buy homes near city centers than their counterparts in Generation X. Authors Elora Raymond of Clemson University, Jessica Dill of the Federal Reserve Bank of Atlanta, and Yongsung Lee of Georgia Institute of Technology used a logistic regression model controlling for age and generation; they also controlled for income, credit score, car ownership, mortgage size, mortgage payment, and student-debt level. The upshot: The odds of Millennials buying near city centers are 21 percent higher than for Generation X.